SOLAIRE ONLINE NEW YEAR BONUS
Have a blast this new year and earn points in Solaire Online
wherever you are to redeem bigger and grander rewards!

MECHANICS:
1. This promotion is open to all Solaire Rewards members.
2. There are a total of 13 levels, with each level having a corresponding points requirement and reward.
3. The total points you earned at the end of the points earning period determines your level and prize amount you can redeem.
Example: If a player earned a total of 1,000 points within the points earning period, they could only redeem P1,800 during the redemption period. 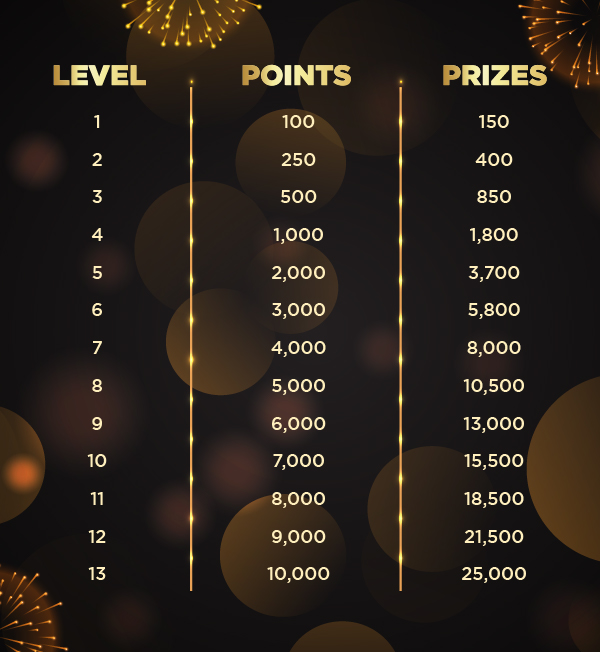 PRIZE REDEMPTION
1. Players need to redeem their prize via Solaire Online only.
2. Players may receive their reward in the form of Solaire Cash.

Not yet a Solaire Rewards member?

Terms and Conditions apply. The Management reserves the right to alter the prizes and details of this promotion without prior notice.